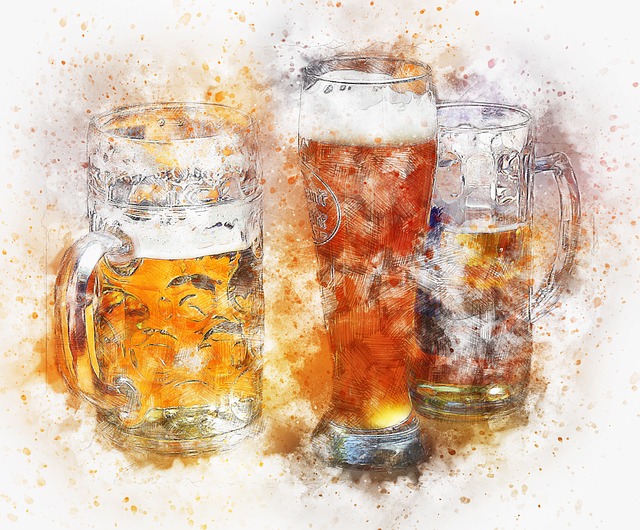 There are nearly 9,000 craft breweries in the United States, but less than 1% are Black-owned. These local Black beer brands are working to change that.

WALDORF, Md. — Tucked away in a warehouse district, about 30 miles outside of the nation’s capital, is a piece of history. Charles County is the home to Patuxent Brewing Company. The independent brewery opened its doors in Waldorf about a year and a half ago.

The owners, Davie Feaster, Gene Lott and Kevin Boseman are part of a very small group in the United States.

Craft beer is a booming, billion-dollar industry. Even during a tough year, small craft brewers contributed $62.1 billion to the U.S. economy in 2020, according to the Brewers Association.

There are nearly 9,000 craft breweries in the country, but less than one percent are black-owned.

“If people coming up in the business of brewing don’t see it, then they’re not going to be inspired to do it. So us being around, they’re seeing it,” said Gene Lott, co-owner and taproom manager at Patuxent Brewing Co.

The crew has collaborated with other brewers, sharing everything they know about breaking into an industry that is lacking in diversity. Those brewers include Jasmine and Drew Dill, who just introduced their brand, Liquid Intrusion, in 2021.

“It’s just me and my wife. We’re a two-person operation in our garage and we’re making it work,” said Dill.

Davie Feaster and his team also support brands like Black Viking Brewing and Urban Garden Brewing by selling their products out of their taproom. The Patuxent team mentors others to pay it forward, because a big part of who they are now, is thanks to the help they got from some 2,700 miles away in Inglewood, California.

In 2020, they received a $25,000 grant from Crowns & Hops Brewing Company. Teo Hunter and Beny Ashburn are the owners of the California brewery that not only push minority brewers to break into the craft beer industry, but also give them the tools to do so.

“It [the money] got put to a lot of good use and from there it just blew up,” said Lott.

That money came from Crowns & Hops ‘8 Trill Pils Grant.’ The grant program awarded a total of $100,000 to five Black-owned craft beer businesses, to help them grow.

“Craft beer is an extremely capital intensive industry. It takes an exorbitant amount of cash, equipment and access to capital in order to get that business off of the ground. I think 2020 really allowed us to investigate why those disparities to capital existed in the black and brown community,” said Teo Hunter, with Crowns & Hops.

Crowns & Hops has also launced an equity crowdfunding initiative. That initiative esentially allows the community to have a piece of ownership in the company. To date, they have more than 1,000 investors and have raised nearly $750,000.

Here on the east coast, Patuxent Brewing Co. is the only Black-owned brick-and-mortar brewery in our area. It’s also where in late December, the DMV’s black beer brands got together, some meeting for the first time. They had …….